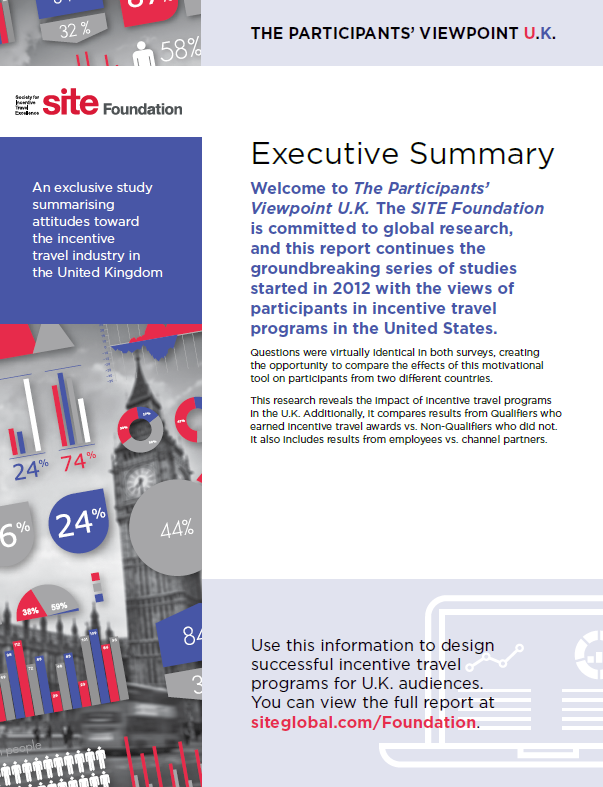 A new study by the Society for Incentive Travel Excellence (SITE) found that incentive travel in the United Kingdom is generating significant employee engagement. A majority said it made them feel appreciated (87.5%), and increased loyalty (80%), “belongingness” (78%) and trust (75%) toward their company. The study, The Participants’ Viewpoint of the Incentive Travel Market in the United Kingdom, is the latest installment of a series of studies on the Participant’s Viewpoint that have been published by SITE since 2012. The study also compares the effect of incentive travel on participants from the U.K. and the United States. Other highlights:
“With today’s global workforce, it is imperative that companies and incentive planners gain a deeper understanding of how to design programs that will motivate all participants and deliver business results,” says Tina Weede, SITE Foundation Vice President for Research and Education and President of USMotivation
The full report can be downloaded here.