Chattanooga is a paradise for people who love the out of doors in all of its forms. Just a short drive from the city in every direction are rugged, heavily forested hills, state parks, battlefield sites and the Tennessee River, creating great opportunities for almost any type of outdoor lover. Outdoors magazine recently named Chattanooga winner of its 2015 Best Town Ever award for its proximity to trails, public lands, and for its thriving restaurant scene and neighborhoods.

Area activities include extensive hiking, cycling (including a 13-mile paved trail that follows the Tennessee River from downtown up to the Chickamauga dam and back), hunting (license required), fishing, kayaking and canoeing on the Tennessee River, whitewater rafting in nearby mountains, hang-gliding, sky-diving, zip lines, ballooning – even two Ironman events. Many of the vendors offering outdoor activities cater to both individuals and groups. 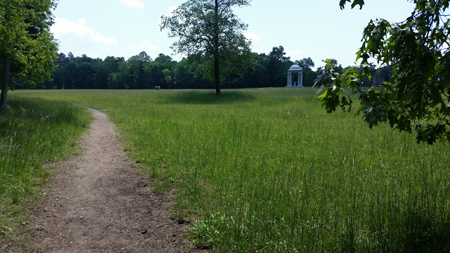 The downtown area is particularly friendly to cyclists, with a bike rental system available to anyone with a credit card, and there’s a good network of bike lanes and relatively un-crowded streets for casual cycling.

Outdoor Chattanooga is a website offering extensive information on all outdoor activities in the Chattanooga area, including names of equipment and gear rental services.

The RootsRated app at Rootsrated.com is a free app containing extensive information on outdoor activities around Chattanooga.

This easy three-mile loop walk from the Chickamauga battlefield visitor center takes walkers through a deep forest in which Union and Confederate forces fought for two bloody days. The walk does not offer commanding vistas but rather captures the conditions under which the soldiers fought. Along the way, visitors will see numerous monuments and plaques commemorating participants in the action and major events, as well as identifying the location of key regimental command centers. 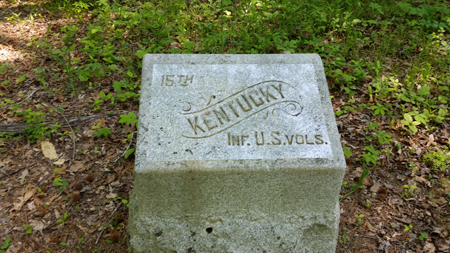 The woods remain as they were described during the time, a deep forest broken up with a few fields and meadows. During the first day of the battle, much of the terrain covered by this walk was held by the Union army, but on day two, Confederate forces retook the terrain in fierce fighting precisely in the area covered by this recommended walk. After finding a break in the Union army a little to the south of this area, the Confederates surged through, dividing the Union lines, and sending most of the Union army back to Chattanooga in retreat. A Union unit commanded by Gen. George Thomas (afterwards honored with the nickname “rock of Chickamauga”) held their ground on Snodgrass Hill (to the west of the walk) into the evening, until his troops were commanded to retreat. In all, nearly 35,000 men were killed, wounded or unaccounted for over a two day period in the last major Confederate triumph of the war that accomplished nothing in the end but delay the Union march to the south.

Caution: the walk is itself level and easy, but please note it follows a paved park road for a short distance. Also, due to budget constraints, not all trails and bridges are well maintained, and visitors will encounter mud after rains. A small wooden bridge along this walk was closed at the time of our visit because of danger to horseback riders, although it appeared more than safe for individual walkers. In another location near the visitor center at the end of the walk, a stream ran under a bridge where the footpath was supposed to be. The stream was easily sidestepped but indicative of conditions walkers should come prepared for.

Click here for a PDF of the walk with instructions.