After the Fiery Furnace

The Highlights: Unique woodlands in Wawayanda State Park that are home to black bears; a swamp trail that appears to be in a rain forest; remains of an iron-manufacturing community; a scenic lake for boating and fishing.

Other Places Nearby: A beautiful winery with gourmet food and live music; farms and orchards; restaurants and shopping in the towns of Warwick, NY, and Sugar Loaf, NY.

Meetings & Event Options: Lodgings in Warwick and other towns within a 30-minute drive of Wawayanda State Park are the best bet. For very upscale events, the Glenmere estate in Chester, NY, can be rented for $25,000 or more per day. 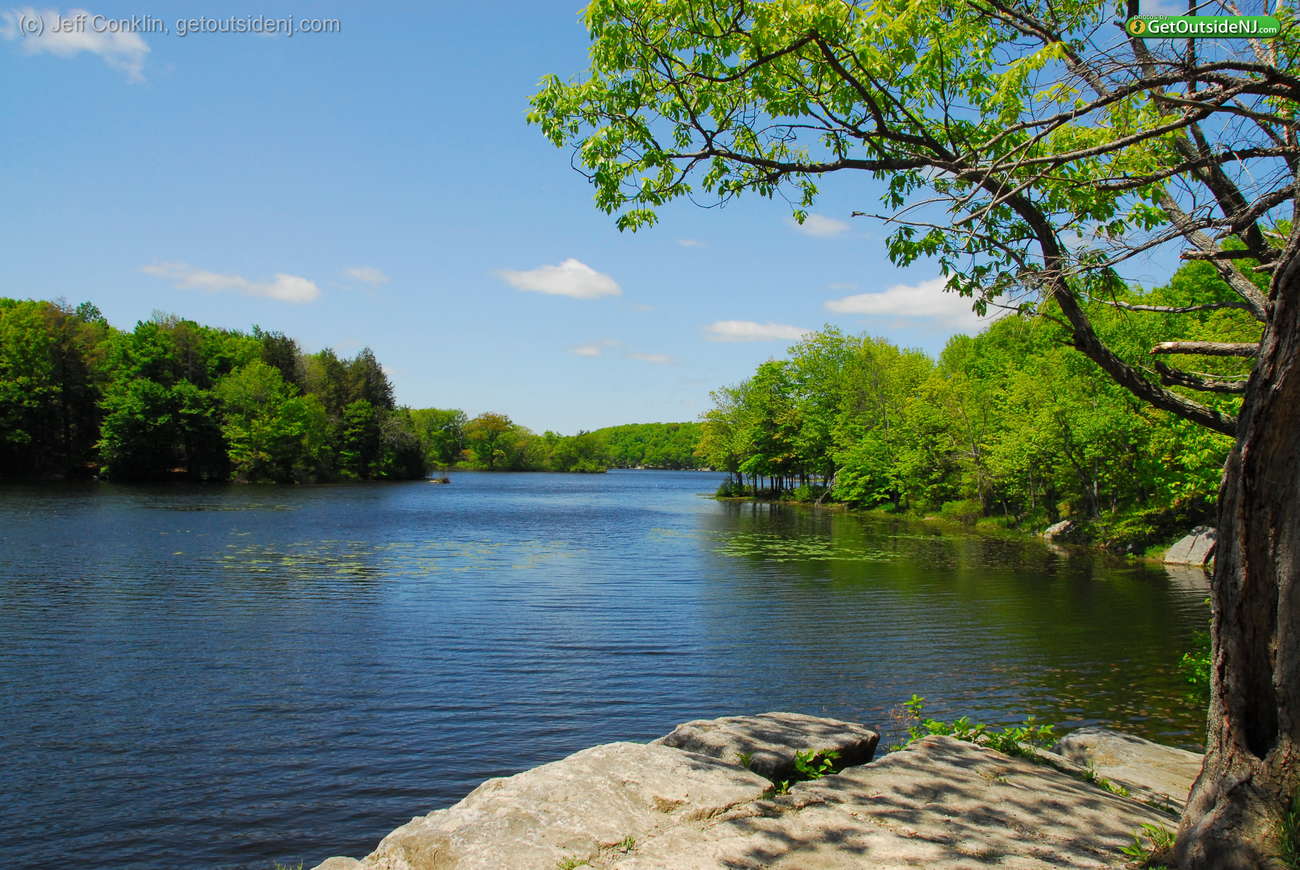 As you wander through the oak forest of the 13,000-acre Wawayanda State Park, it’s hard to believe you’re less than an hour’s drive away from the hustle and bustle of Manhattan. The only sounds you hear are wildlife scurrying about, and don’t be surprised if you see a black bear ambling in the distance.

Many of more than 1,000 black bear in five northwestern New Jersey counties called the Skylands region live here. The number is 50 times higher than two decades ago. Don’t let those statistics worry you, because black bears are vegetarians and rarely attack humans. Instead, relax and enjoy the wonders of this spacious park (see Getting Here and A Recommended Walk) that straddles Sussex and Passaic Counties and has 40 miles of trails, including a section of the Appalachian Trail. 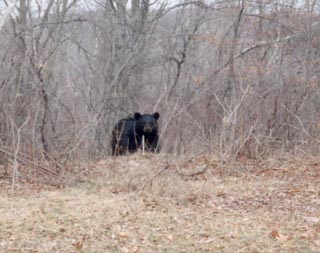 But the most remarkable geographic feature of the park is its rare inland Atlantic white cedar swamp. As you walk through the more than 2,000 acres of swamp land and its glacial lake, it feels like you’re walking through Costa Rica instead of New Jersey. The swamp is the home of various endangered plant and wildlife species.

Consider yourself lucky that you’re walking through this land today rather than during the 19th and late 18th centuries. Years ago, noisy iron furnaces shot plumes of smoke into the air, and the sound of saws, axes, and trees toppling to the ground was everywhere. Every day the land was scarred by companies that exploited its timber and mineral resources. It was called the Double Pond area at that time because there were two separate ponds on the site of today’s Wawayanda Lake. As you walk today along the lake’s north shore, you’ll see a huge charcoal blast furnace and the remains of the iron-smelting town of Double Pond.

In 1785, David Alyea bought property at Double Pond and became one of the first to try to exploit the land. Alyea built sawmills, including one next to a brook that emptied into Double Pond.

In 1845, William Ames and John Rutherfurd acquired Double Pond. They immediately dammed the two ponds, raising the water level and creating today’s Wawayanda Lake with its various isolated coves. The partners manufactured iron, cut wood, and ran a flour mill and a country store. They built a giant furnace — 42 feet tall and 11 feet wide — that you’ll pass by on this walking tour. Workers built homes near the furnace, and an active community with its own post office developed.

When running smoothly, the furnace produced about eight tons of pig iron daily. Much of it was shaped into wheels for railroad cars. To yield a ton of iron, the Wawayanda Furnace had to be fed with two tons of iron ore, a quarter ton of limestone, and 180 bushels of charcoal. Nearly all of the ore was extracted from Wawayanda Mine, about 2 ½ miles northeast of the lake near the New York border. The furnace was shut down in 1856 but reopened to fill government orders for swords and shovels during the Civil War. In 1867, it made its last blast. 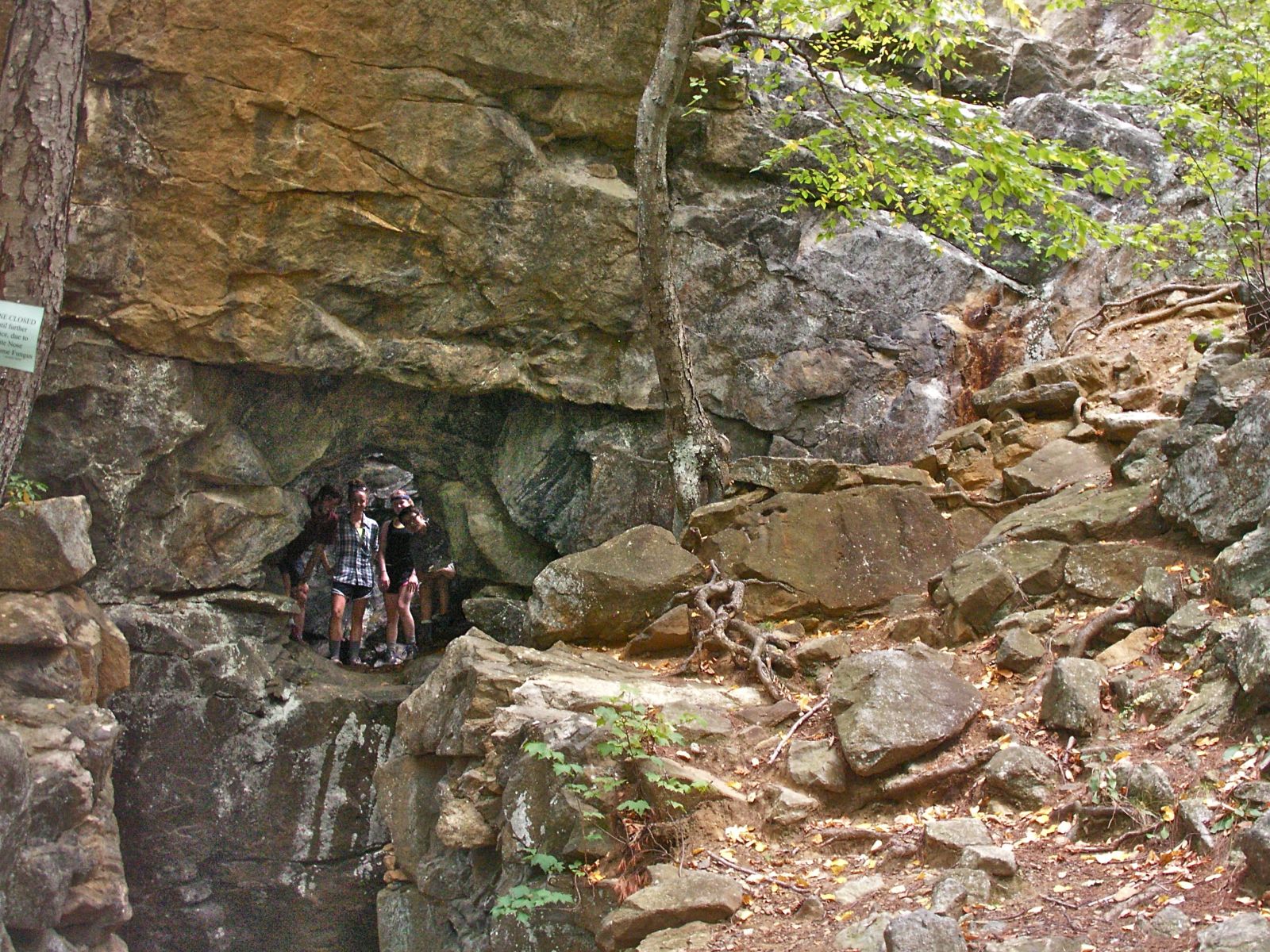 Two years later, Pennsylvania-based Thomas Iron Company bought the land with an eye toward extracting iron from Wawayanda’s mines. Mining began in 1880 at the Green Mine, located on Wawayanda Road. A wagon carried the iron ore down a mountain to a freight train where it was transported to smelting plants in Pennsylvania.

Despite the mining activity, the YMCA moved the country’s first summer camp, which began in Monroe, NY, in 1885 to Lake Wawayanda a year later. The camping programs lasted until 1891, when coal baron Victor Wilder of nearby Warwick, NY, purchased the land.

Wilder, a former Civil War officer who owned mines in West Virginia and Kentucky, avoided labor problems by hiring only black laborers from the South. Wilder may have had plans to turn the lake into a private park, but the park had no rail access. He sold the land back in 1902 to the Thomas Iron Company, which 10 years earlier had sold the property’s mineral lease to a company run by famous inventor Thomas Edison.

As the mining heyday wound down, the YMCA again established a summer camp at Lake Wawayanda. The camp, run by the organization’s Newark chapter, was located at the beach and boat launching area where you begin your walking tour. The founder, Charles Scott, later had one of the lake’s islands, Scott Island, named after him. Scott’s camp continued each summer until 1919, when it moved to nearby Andover, NJ, and stayed there under the name Camp Wawayanda until the mid-1950s.

A year before the YMCA’s departure, the New Jersey Zinc Company bought the Lake Wawayanda property despite the protests of the city of Newark. The city said it needed the lake as a source of drinking water — a more important use than the zinc company’s plan to log the surrounding forest. The city was overruled by the Public Utilities Commission, which noted that Newark had plenty of chances to buy the property.

The zinc company cut down trees for decades while allowing the general public to use the lake for recreation. In 1963, the company relinquished the land to the state of New Jersey, which designated it as a state park and opened a bathing beach 15 years later.

Today, more than 160 years after the Wawayanda furnace began operating, the park has rebounded from its environmental battering. As you walk around its lake and through its forests, you’re looking at a park that hasn’t looked this good in many years.