Home > Find an Escape > Carolles The Peaceful Side of Mont-St.-Michel

The Peaceful Side of Mont-St.-Michel

The Highlights: A spectacular view of the legendary island, a dramatic coastal walk through moors and forests where Romans and medieval monks once roamed, Mont-St.-Michel.

Other Places Nearby: Incomparable Norman landscapes, ancient abbeys, the bustling town of Granville, Omaha Beach (less than a two-hour drive). 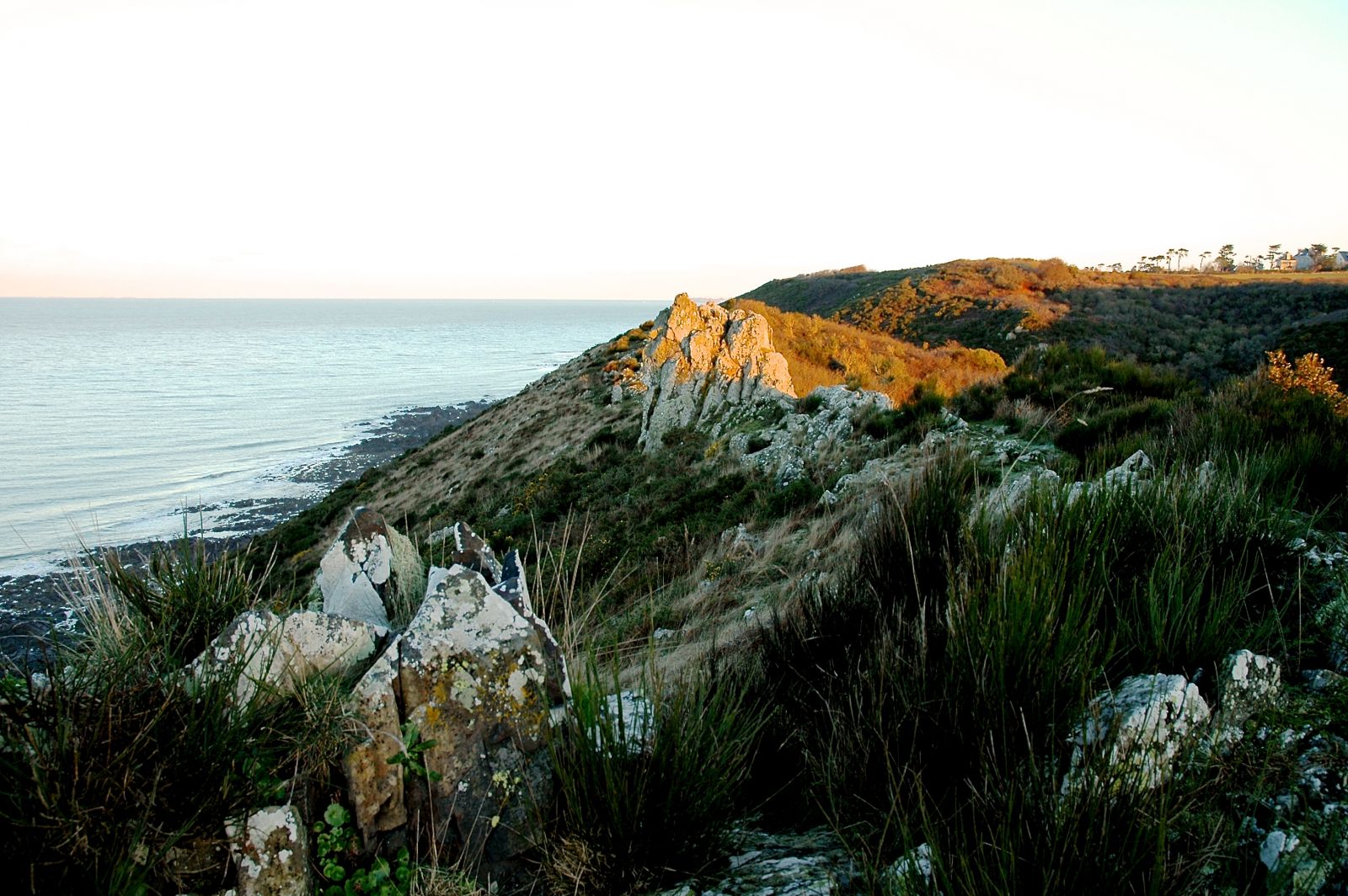 Few places in France attract more tourists than Mont-St-Michel, and for good reason: Its unique setting in a huge tidal bay, its almost unparalleled mixture of medieval architecture, and its long colorful history make this a must for many tourists. But as a result, it’s unlikely you’ll visit the place in peace.

So when you’ve taken in the principal sights and have had enough of the crowds, a drive of less than half an hour will bring you to a spectacular vantage point to view Mont-St-Michel across the bay. You’ll be able to savor it in the quiet of the countryside, far from the crowds — and then, if the weather’s right, enjoy a visit to the busy beaches in nearby Jullouville and Carolles.

The Bay of Mont-St-Michel forms a large tidal inlet separating Normandy and Brittany. The mouth of the bay stretches between the Normand City of Granville to the north and Point Grouin to the south-west, near the Breton port of St-Malo. Mont-St-Michel rises up on an islet off the south coast of the bay. This experience takes you up along the north coast into the famous bocage of Normandy, a magnificent pastoral landscape crisscrossed with elaborately pruned hedgerows of ancient trees and bushes.

Once you leave the main roads, you enter a world of small green pastures and farmland surrounded by fences of flowers, bushes, and trees, their sides often pruned into a sort of living wall. The bocage emerged in medieval times as a way to preserve a little woodland — needed for firewood, mushrooms, and edible forest plants — while expanding fields to grow wheat or other crops. In the 19th Century, tilled fields gradually gave way to pastureland for cattle, but the bocage was left standing.

Walking or driving through this Normandy countryside, one would hardly guess that forest land covers only about four percent of the region. Walls of trees and hedgerows line the old roads, creating the impression that you’re in a deep forest when actually you’re surrounded by open fields. The bocage creates a natural shelter from the winds and rains that frequently sweep through this temperate, verdant region near the Atlantic coast.

To many, the bocage is a distinctive element of France’s patrimony; to farmers, hard-pressed to compete in the global economy, it simply gets in the way. The tiny parcels of land surrounded by the living fences are too small for modern agricultural techniques, especially for growing corn, which is increasingly important in this region. Farmers lose too much time negotiating the tiny fields with their tractors. This has led to remembrement, or regrouping of farmlands, through which farmers create larger, more productive parcels. With remembrement, precious bocage is often destroyed, infuriating environmentalists and nature lovers. As with most issues, there are no easy solutions. 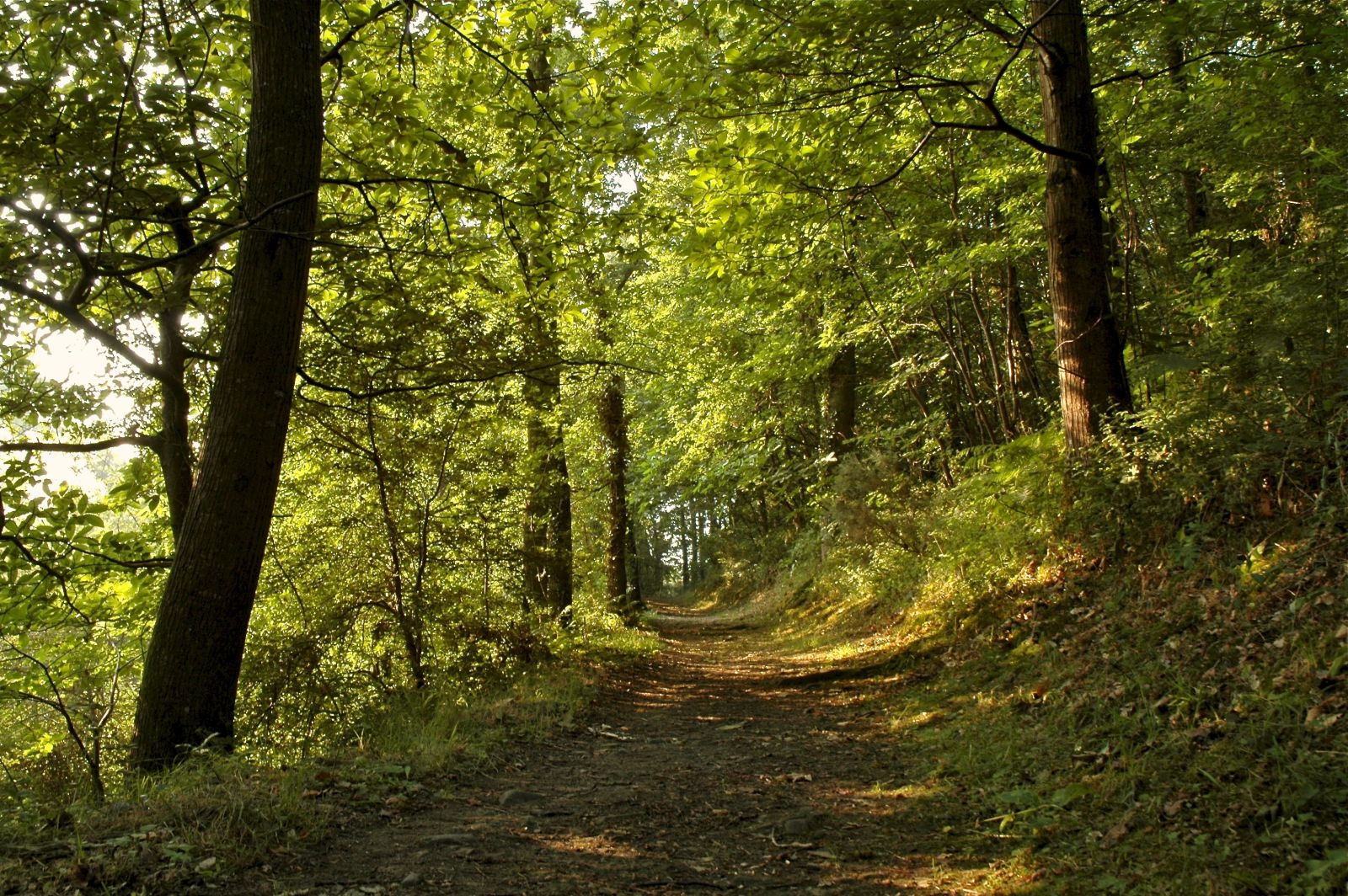 Set in the heart of bocage country, the Abbaye de la Lucerne can be reached on foot from Carolles by serious walkers. It’s a 15-mile round-trip through mostly flat, lush countryside. The remote, tranquil setting makes it easy to imagine yourself in any era you wish, without the distractions of modern life.

The walking tour outlined below takes you through other characteristic local landscapes as well — seaside moors and forested valleys, just as striking as the bocage and just as evocative of the past. This small region between the coastal road and the sea has been spared development and features a fine network of walking trails. On the Pointe de Champeaux, which juts out into the Bay of Mont-St-Michel just south of Carolles, rocky windswept cliff tops form a narrow strip of moorland overlooking the sea. The thin soil supports little growth, but it is speckled with wildflowers a good part of the year. Through the seaside highlands, the tiny Lude River has carved a deep valley to the sea, filled with a humid, jungle like forest.

Where the river trickles through a cleft in the cliffs into the sea, there’s a rocky shelf called the Port du Lude that’s often submerged during high tide. It’s far too dangerous for normal boat traffic, but it’s so remote that over the centuries it probably has seen a fair share of illicit landings. You’ll also pass 17th-Century La Cabane Vauban (Vauban Cabin). From here, you get a dramatic view of Mont-St-Michel rising up from the sea far in the distance.

About 300 feet beyond La Cabane Vauban lie impossible-to-find vestiges of a medieval monastery. Some believe it to be the lost Abbaye de Maudane, where saints Pair and Victor were said to have lived during early medieval times. Some believe that the place has had religious significance since the 6th Century, perhaps as a sanctuary for lepers. You’ll also walk past traces of a Roman fort, in the form of long dirt walls in the forest and undergrowth.

If you don’t have time to explore the region but still want an impressive view of Mont-St-Michel, drive to Genets, 9 km. west of Avranches on Route D911. Park on the left just before the village church, in a lot alongside a stream pouring into a tidal inlet. Walk across the tiny bridge to the eastern side of the stream, then go to your right, toward the sea. You’ll see Mont-St-Michel looming in the distance. The trail quickly veers to the left, paralleling the tidal areas. You can walk for miles, enjoying the views and the rural solitude. With IGN map 1215E (east), you can easily create shorter or longer loops.