This recommended walk is easily accessible by car or No. 7 bus from Piazza San Marco in Florence, but is only one of many such walks one can select. This option provides great views of Florence and the countryside and can be lengthened and shortened as you desire. It will be as pretty going in one direction as in going back.

In the Piazza Mino da Fiesole, with the church to your left, head up the right hand corner of the piazza uphill to the southeast between residential buildings. Watch for the white on red blazes indicating that you are on the trail. 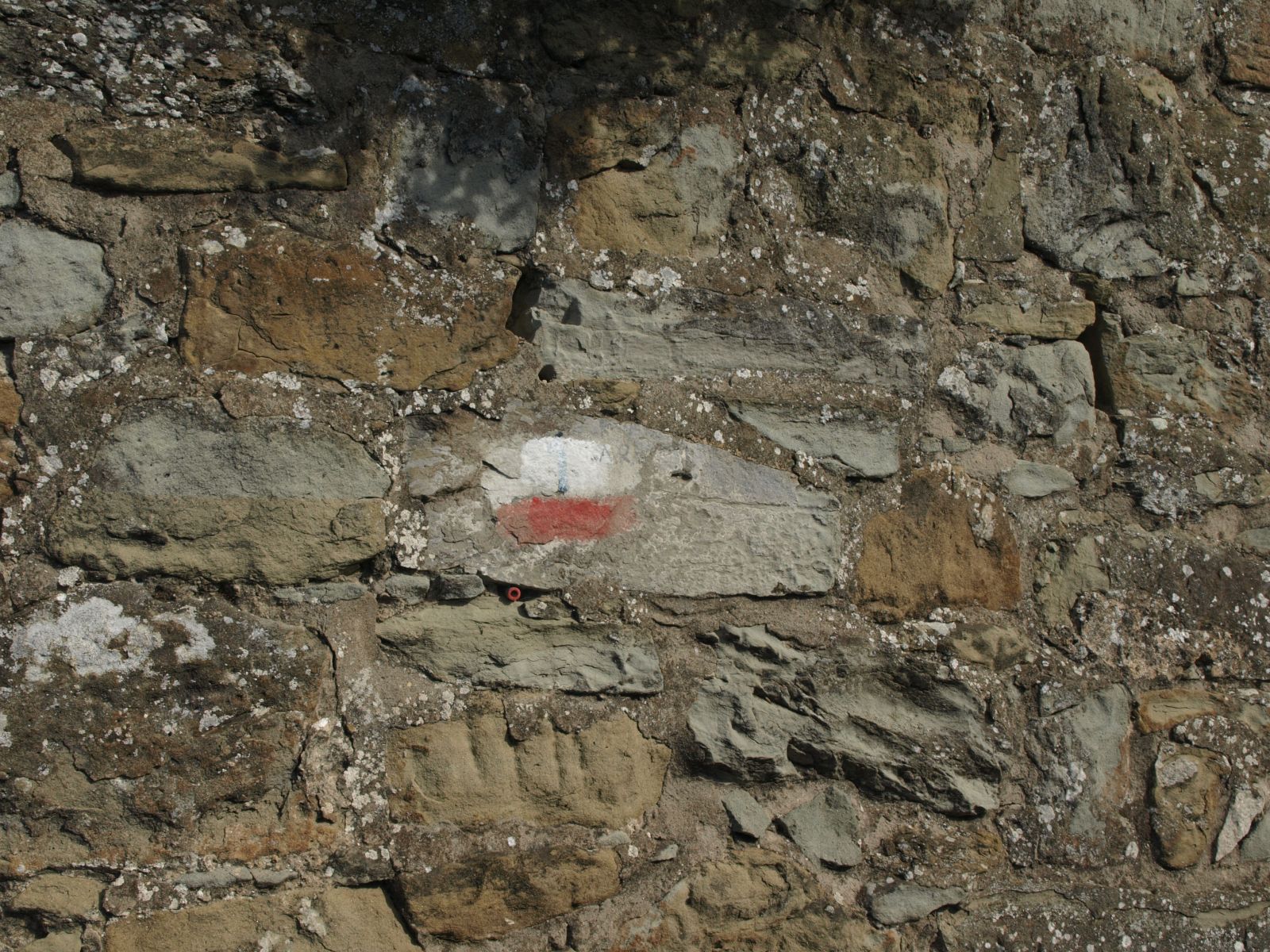 In under 10 minutes of walking, bear left on to Via di Belvedere, which shortly turns into Via di Monte Ceceri.  You will get some great views of Florence to your right. 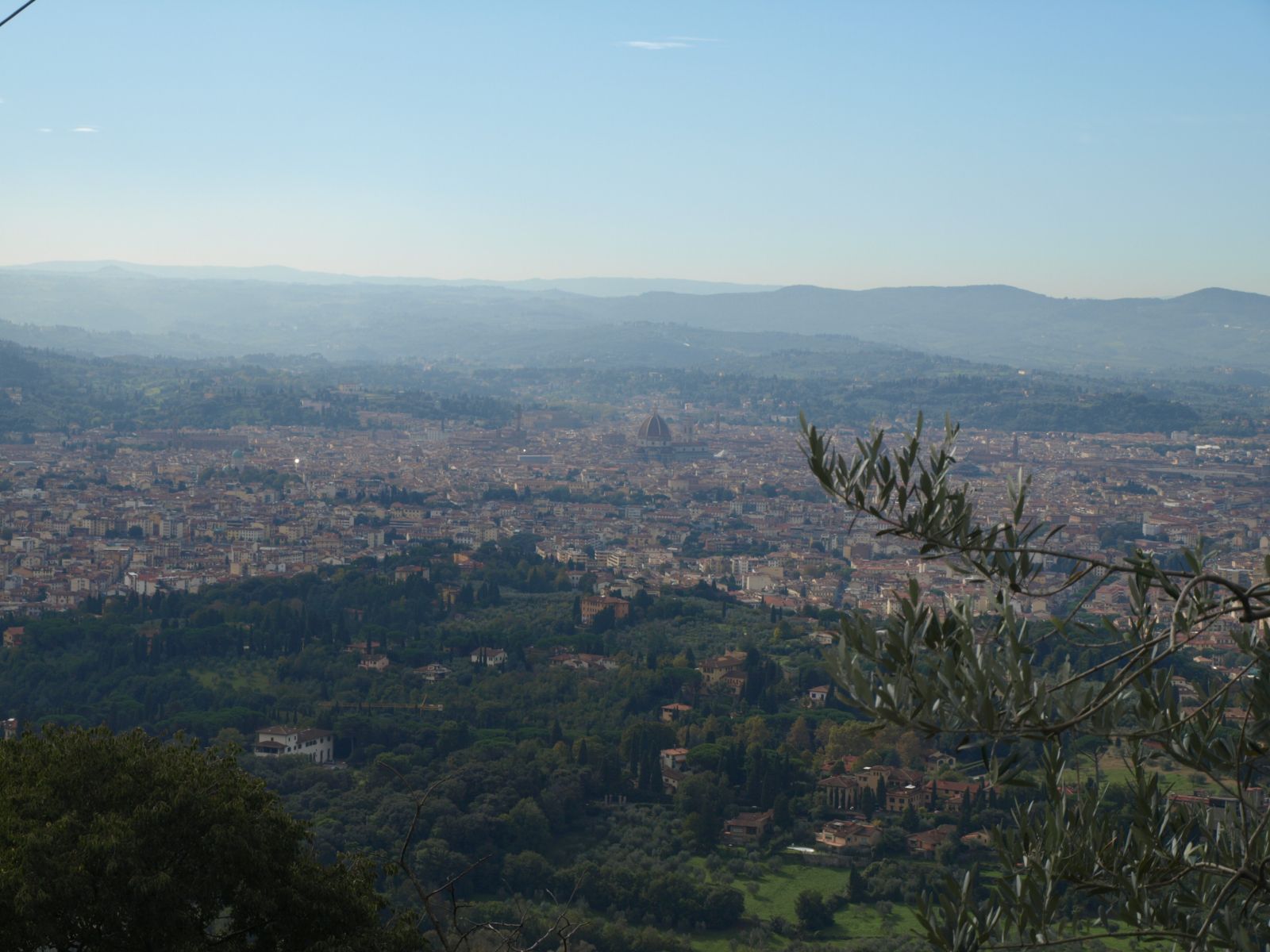 After another 1,000 feet or so (300 meters) you bear right on to a small road, Via dei Pelagaccio. Within a few yards you will pass a house on your left and then a house on your right. Continue a short distance further.

In a very short distance, you will make a sharp left to continue on Via del Pelagaccio.

In a short distance, you reach a three way intersection. Go left on Via del Pelagaccio. You will pass between two houses on a narrow paved road. Another road joins to your left but you continue straight on until the next intersection.

Just after passing Via Peramonda on your left, you'll pass a road going to the right. Remain straight on Via Peramonda.

Make a sharp right on to Via Franceso Ferrucci (SP 54) and proceed carefully, as this is a busier road. You will pass several houses and then enter a forested area.

At a three-way intersection, go right. You will pass a house on your left. At a fork just beyond bear left on to a road that goes to the left and then to the right.

Right after the road sharps to the left toward a house, turn right into the forest and proceed for about 10 to 15 minutes past a few houses on the way.

You will reach a small paved road before a cluster of  houses. Make a right on Via S. Clemente and proceed a short distance, passing a house to your right, and then small roads that go to your left and then right.

At a fork, make a left on to Via S. Clemente, and then in just a minute, bear left on to a dirt road heading into the forest.

After curving sharply to the left and then to the right, you bear left onto a smaller trail.

When you arrive at some kind of utility building, bear left and continue straight through mostly forest. You will be heading uphill to the summit of Mt. Il Pratone, the tallest part of the walk. 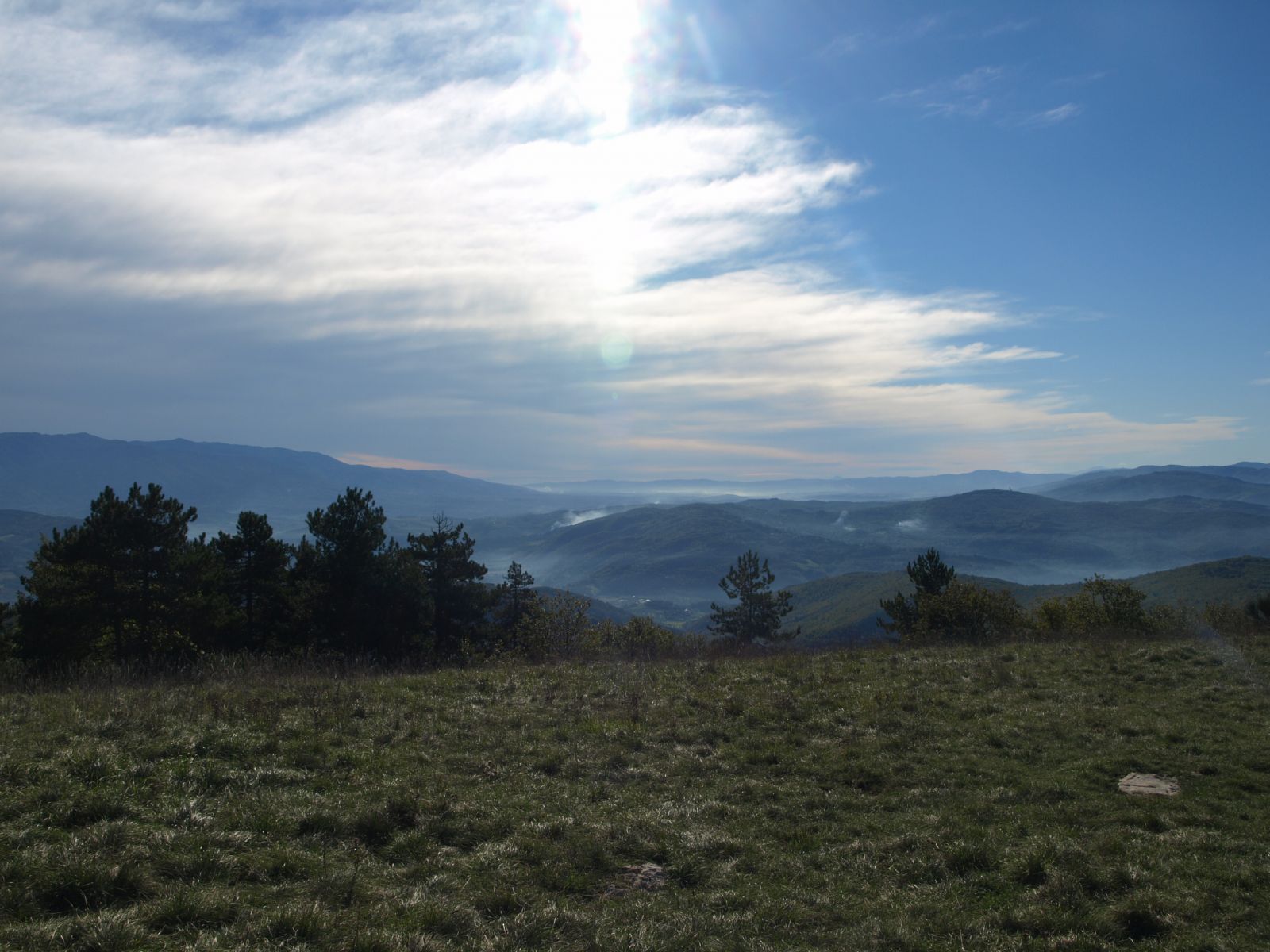 The summit is marked by a stone monument to an Italian Resistance fighter. You get great views of the mountains and valleys in all directions but not of Florence. You have to look carefully to see the city from this vantage point. From here, most people will be satisfied to turn around and retrace their steps back to Fiesole. For those who want to reach the actual Renaissance Ring, it's a pleasant walk through forest and meadow to get there.

Make a left on to Via dei Bosconi and then proceed straight through a small intersection.  You will pass two houses to your left and one on your right.

When the road veers right toward a house, with another on your immediate right, bear left back into the forest.

Just after passing a house on your left, you come upon a broader road which you follow a short while. It turns sharply to your left and continues on to an intersection with a larger road, Via Massetto. There is a monument to another Italian Resistance hero. Cross the street following the path to reach the actual Renaissance Ring trail, blazed AR in red. From here you can retrace your steps.