The Land of Ethan Allen

The Highlights:  A preserve with wide lanes, peaceful forests, marshlands, and Connecticut's largest lake; Litchfield, one of the region's most idyllic villages and the home of Ethan Allan.

Litchfield is fortunate to have a large percentage of its acreage preserved as a wildlife refuge and conservation center, the site of this unique walking tour (see Getting Here and A Recommended Walk). Land preservation had little to do with government but resulted from the generosity of private citizens.

In the early 1900s, Litchfield resident Alain C. White and his sister May W. White became convinced of the need to preserve the natural beauty of local Bantam Lake, Connecticut’s largest natural lake. They saw it as being vulnerable to disorderly development. The Whites had family money that originally came from the fur industry — beaver for hats and coats. Later, the family money was generated from New York City real estate investment. Beginning in 1908, the Whites began to acquire large tracts of land. In 1913, they created a foundation, the endowment for which is still linked to the family investment in New York City.

The original White estate in 1863 was not particularly large, perhaps only 20 acres. The surviving buildings include the museum next to this walk’s parking area (which was the main house), the carriage house, and the barn. The Whites’ dedication to conservation and preservation was such that today the foundation owns more than 4,000 acres of forest, ponds, and fields. It is a wonderful place for walkers because it includes a wide variety of environments and settings, and a sizable portion of the walkways (there are 35 miles of trails) are old lanes, not narrow footpaths. Passing through the property is one of Connecticut’s long-distance blue-blazed trails, the Mattatuck, a portion of which is used in the walk. Today, the White Memorial Foundation, open to the public, carries on the work of meeting its three basic goals: recreation, education and conservation.

The walk explores only a small percentage of the White Foundation’s land. One of the features of the walk is an observation platform on the shore of Bantam Lake at the site of an old ice-harvesting operation. Ice cutting was a business on the north bay of Bantam Lake for years during the last century and as late as 1929. Two companies operated there: Berkshire Ice and Southern New England Ice.

Walkers will see the remnants of some ingenious methods of taking blocks of ice out of the lake and moving them to an ice house. Just beyond the observation platform are the remains of a concrete sluiceway channel for sliding blocks to the ice house, which was located just off the Lake Trail. Later, a conveyor system was built of wood and concrete that transported blocks of ice to the ice house. The observation platform was built with the remains of this system.

The origin of the name “Bantam” is not clear. Although Windsor, Hartford and Wethersfield were founded in 1635, the area that is now Litchfield remained a wilderness until the early 18th Century. In 1715, the land was purchased from the Native Americans for 15 pounds, the Native Americans retaining a small reservation near Mount Tom for hunting. The area was first called Bantam, a name retained by the large lake reached in the walk. Some say the name is a corruption of “Peantam,” a Native American name.

Others have suggested that it comes from a slang word used during colonial times to describe wild places inhabited by barbarians. Whatever the case, Bantam, was the first name of the township within which Litchfield was located. Today, Bantam is a small village west of Litchfield, a name taken from an English town and located on the top of a broad hill.

Litchfield had some good fortune during the Revolutionary War. It prospered on the inland route that linked Boston with New Jersey and Philadelphia—where much of the action took place. For four years, Litchfield was a major depot for military provisions, and several buildings were erected for that purpose. A local jail housed war prisoners. 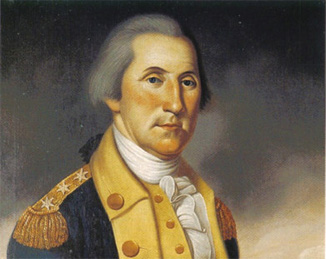 Ethan Allen was among the many famous and successful individuals who came from Litchfield. Besides Allen’s near-legendary exploits in the American Revolution as leader of the Green Mountain Boys, and his involvement as an entrepreneur in the iron industry, he was also something of a radical thinker and writer. He published a 200-page work entitled “The Oracles of Reason,” which attacked the doctrines of Christianity. This radical theological writing (imagine the courage this must have taken in Puritanical New England) was attacked vehemently by preachers and poets. Allen’s response to this roar of disapproval was, “I defy the whole artillery of hell fire.”

Doctrinal conflicts raged in Litchfield from time to time. Two preachers who were on opposite sides of the debate over predestination versus free will (one of them Lyman Beecher, Harriet Beecher Stowe’s father) agreed to exchange pulpits. On the day of the exchange, they passed each other, one saying to the other, “Is it not marvelous that our exchange has been ordained since the beginning of time?” The other immediately replied, “Then I won’t do it.”

Another conflict flamed between those who wanted heat in the church and those who didn’t. When a wood stove was set up in the church, the leader of the pro-heat group warmed his hand over the stove. During the sermon, those opposed broke into a sweat, took off coats, and some even fainted from the “heat.” After the sermon, the leader placed his bare hands on the stove to show the congregation that it was never lit.

The first law school in the country opened in Litchfield in 1784. Trapping Reeve was the founder and principal for the first 40 years. The school lasted until 1833, producing a vice president, five cabinet members, 17 senators and 53 congressmen. 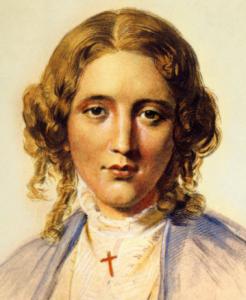 Another famous Litchfielder was Harriet Beecher Stowe, best known for her book Uncle Tom’s Cabin, a major best seller in America and abroad. She was born in Litchfield in 1811. Forty-one years later, Uncle Tom's Cabin was published, depicting the lives of African-Americans under slavery. It motivated anti-slavery proponents in the North and angered pro-slavery forces in the South.