Home > Find an Escape > Mishawaka, IN The Princess City 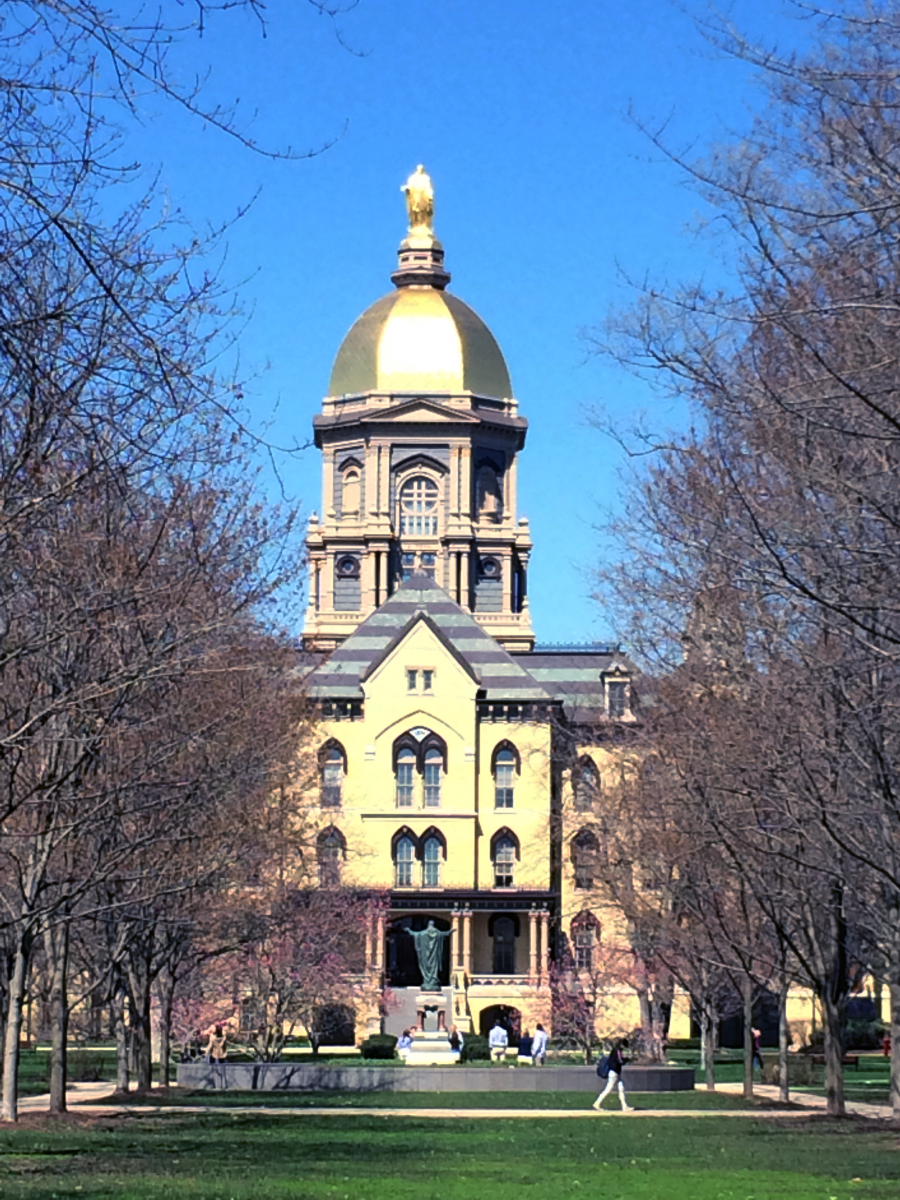 Other Places Nearby: The beautiful University of Notre Dame campus; St. Patrick’s Park; The History Museum in South Bend; The Studebaker National Museum.

Legend says that Mishawaka was named after an Indian princess who was the daughter of Chief Elkhart of the Shawnee Tribe. The princess had a romance with Deadshot, a white fur trapper, but she supposedly was abducted by a jealous member of the tribe, Grey Wolf.

Mishawaka is also reputedly an Indian word that means big rapids, which may be apropos for a city that sits on both sides of the St. Joseph River. The 210-mile river meanders across half of Michigan, drops into Indiana for 42 miles and returns to Michigan to flow into a Great Lake, Lake Michigan.

LaSalle, the French explorer, was the first white man to navigate the St. Joseph in 1679, traveling from Michigan to nearby South Bend. The river is the focal point of this Short Escape, because the city has built The Riverwalk, a charming circular system of walking and biking trails on both banks connected by a series of bridges. Beautiful landscaping, adjacent historic houses and boaters, kayakers and fishers on the waterway make the Riverwalk a relaxing, scenic stroll. 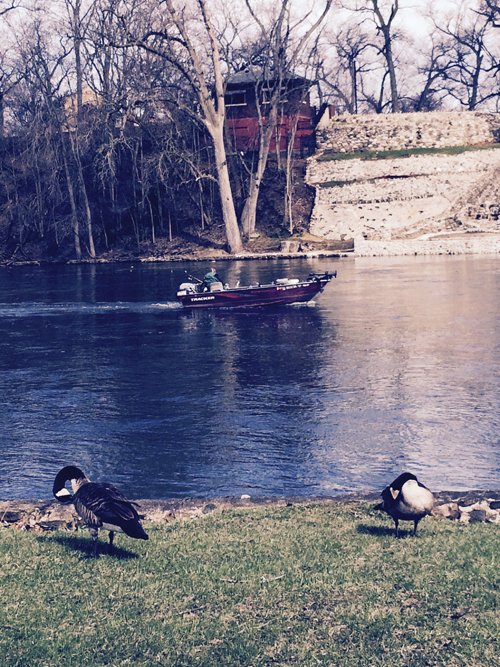 Mishawaka is only about six miles from South Bend and the gorgeous University of Notre Dame campus. Don’t miss walking the grounds of the university and its many stunning buildings. The Gothic-inspired Basilica of the Sacred Heart is a magnificent, elaborate place of worship with 19th-Century stained-glass windows.

The 19th Century was also a landmark time for the Mishawaka area. Bog iron deposits were discovered in the early 1830s, and settlers who came to mine the deposits founded a town named St. Joseph Iron Works. In 1838, the town and three others were united into Mishawaka.

Fire destroyed 75% of Mishawaka’s business district in 1872, but it was rebuilt, and various manufacturers and agricultural interests thrived. Before the next century, the city was called the Peppermint Capital of the World because of its rich black loam that produced mint.

The Mishawaka Plow Company manufactured the first railroad hand car in the early 1900s and tested it on the railroad tracks that run through the city. A local brewery, Kamm and Schellinger Brewing Company, became well-known for its fine beers but changed to soft drinks during Prohibition.

In 1994, the city’s Battell Park, which you walk through on The Riverwalk, was designated a single-site historic district. The attractive riverside park dates to 1881 and is a popular setting for weddings and picnics. It has a terraced rock garden, a Civil War Soldier’s Monument and a bandshell for theater performances and concerts.

One block from the St. Joseph River is the Beiger Mansion, the former home of Mishawaka’s first millionaire Martin Beiger and a founder of the Mishawaka Woolen Manufacturing Company. The mansion now hosts events and is a bed-and-breakfast. In 1973, it was put on the National Register of Historic Places but was destroyed by an arsonist two years later. Several decades passed before it was restored to its original grandeur.

Mishawaka is also home to Sky Zone, which bills itself as “the world’s first indoor trampoline park.” You can bounce, flip and land in a pit filled with 10,000 foam cubes.